A second test instrument that is often used for troubleshooting electrical circuits is the continuity tester.  This tester is used to test for open circuits when there is no electricity flowing in the circuit.  It looks similar to the testlight above, but has a battery inside to provide the electricity.   The battery is used to check for continuity (or a completed circuit).  When the probe is touched to an electrical circuit, the light will light up if the circuit is completed or has continuity to ground. 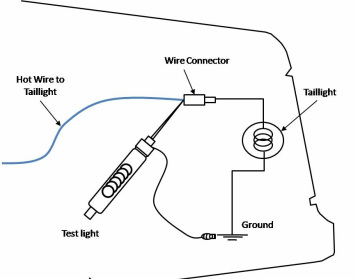 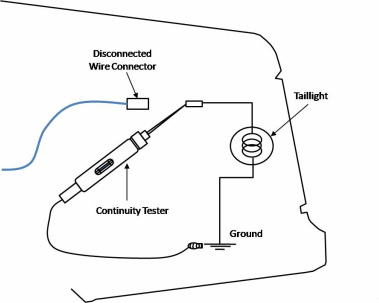